Future Wargame Predictions of the Future


Today I make some wild (or maybe somewhat obvious) predictions on where tabletop miniature wargaming is headed. Over the years there have been many different changes it has gone through. Scale has varied from 6mm up to 54mm. The build materials have evolved from pewter, white medal, resin and now a large movement towards plastics. But overall, we are still doing the same things; We buy, assemble, paint, and then move these little men (and women) around a board and try to kill the other guy's army.

What will be the norm in 10-20 years for miniature gaming? It is hard to predict, but gauging by the advancement of technology and newer generations getting into the hobby, things will evolve. Below are some ideas that I see. 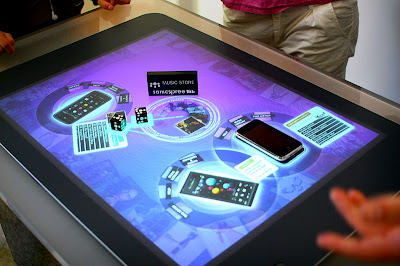 1. Powered by Computers
I might start with the most obvious one. Hey did anyone notice we are using computers more? Of course this also includes smart phones and tablet technology. Computers are getting more powerful and becoming smaller. We see them being integrated more and more into everyday items. Microsoft's Surface project is a great example of computers merging with our everyday. Here they took a tabletop and laid a touchscreen display under a glass surface. Users can interact with the screen using touch controls. I've seen demo versions of boardgames and even RPG sessions using the MS Surface. This will be a natural progression, as the newer generations of players jump into the miniature wargaming hobby with well established roots in video game.

And just think how cool it would be to move your soldier model up within range of an enemy, select who your attaching with your smart phone and click fire, and all the combat is resolved on the smart phone. Plus you'd get graphic and sound to enhance the attack made.

2. Physical meets Virtual
The Skylanders franchise is a great example of using physical objects to interact with the digital world. Last Christmas a Christmas frenzy was started with their release. Now a year later, over 30 million toy figures have been sold. This XBox & Playstation game allows kids (their target audience) to buy a toy figure and once they set their model on the game console's portal (RFID reader) they can play that character in the game. One of the most interesting features allowed kids to take their character to a friends house and continue playing their character with all the gained experience. Due to the ongoing success, they are releasing an expansion this Christmas called Skylanders: Giants.

This technology could be adapted to embed RFID chips into the wargaming models we build. Combine this with a MS Surface and you've got yourself a formula for success. 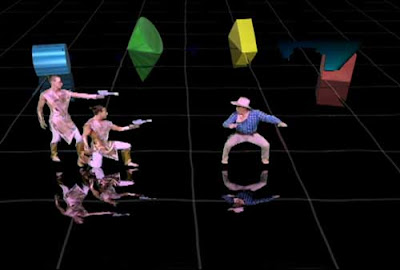 3. Holograms
Do you remember watching R2-D2 and Chewbacca play the hologram game in Star Wars? Who didn't think that was a cool idea? This one is kind of a wild shot, since there have been many attempts at bringing holograms to gaming specially in the arcade, and it hadn't met with much success.. Holograms most likely will be overshadowed by Augmented Reality. I still hope to see little projected men battling it out on a tabletop near you. 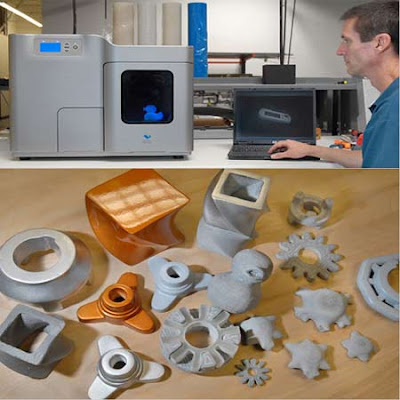 4. Minis-R-Us
Why wait for shipping when you can print your own models right now? With the development of rapid prototype machines and 3D printers this is coming to reality. Ideally a player could purchase a 3D file from his favorite game development company and load it into his own 3D printer. 10 minutes later, open the door and there is your new 28mm soldier. Prices have dropped significantly and quality has also increased dramatically. This will open the door to digital piracy, but hopefully if the gaming companies embrace this technology it can be limited. Another benefit is building your own stuff. Design software will no doubtingly get easier to use and the ability to design your own pieces (if not complete models) is fantastic. 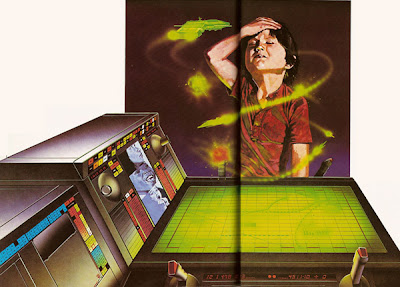 5. Co-Location Gaming
Our lives and schedules tend to get pretty busy. One of the biggest challenges for any local gaming club is getting people to meet at any particular time and place. Technology can help with this. Vassal is the current king of remote gaming. It allows people to play their favorite miniature games online. I predict this will become much more prominent and supported more by established gaming companies. With the merger of miniature games and computers this will become a natural choice for many. 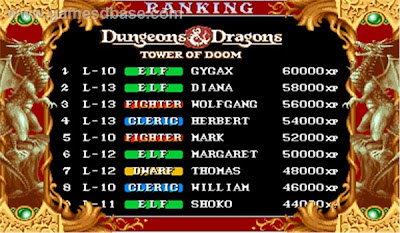 6. WarGamer Score
XBox Live and Playstation Network track players as they play through their favorite video games. It tally's success, failures and rewards ongoing play with unlockables or trophies. This is a natural match for miniature gaming. All the games that each miniature gamer plays would be tracked and scores kept. Do you want to know your record against your best friend using X army. Just look in your account. How about a quick glance at your opponent's record just before a tournament match. I predict that individual game companies (GW & PP) will release these initially, but an open-to-all-games platform become the predominate tool. Let the bragging rights commence.

How'd I do?
Do you think I missed any major or minor ideas? Leave a comment below with your thoughts.

Very cool. I like the merging of technology and traditional gaming. We should all get into Skylanders!