The next project on my table is create a new warband for Mordheim. For those who haven't tried it, give it a shot. It's a fun skirmish game that plays well with a small model count and terrain heavy boards. Although it's not very well supported by Games Workshop, there are a few active communities online, and the game itself has been very enjoyable to me. Our gaming group is big fans of Necromunda, and this is it's Fantasy based cousin that gets a lot of play too.

I already have a Lizardmen warband that has a number of games under their belt, and it is developing nicely. But I wanted another warband to add some variety. After alot of research I landed on Carnival of Chaos (CoC). The main reason is that it isn't played very much, so it has that uniqueness that I appreciate, and the modeling aspect look really fun. There are some complaints online of it being overpowered, particularly with a Nurgle Rot. So I decided to avoid using it in my band.

It is my first venture into the Nurgle/Chaos realms of the Warhammer universe, so I am looking forward to it. Below are some images of the miniatures that I will be forming the band with. I will update as it develops.

The Carnival of Chaos box set comes with 8 models: 1 Ringmaster, 1 Brute, 1 Plaguebearer, 1 Tainted One, and 4 Brethran. Plus weapons and bases. 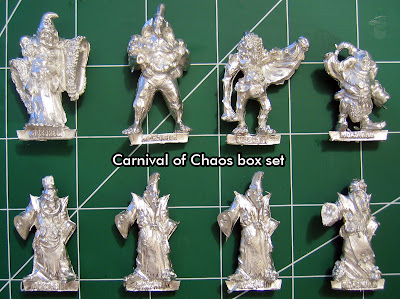 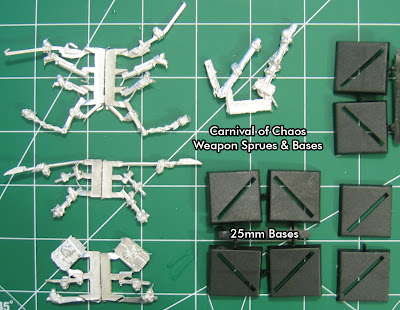 Nurglings are up next. I got a blister of the current models and a set of the older ones (no picture yet). 10 Nurglings in a blister with four 40mm bases (two round, two square; depending if your using them for 40k or fantasy). CoC allows these in groups of up to 5. And at a low 15cr each, they could be great for cheap swarm units. 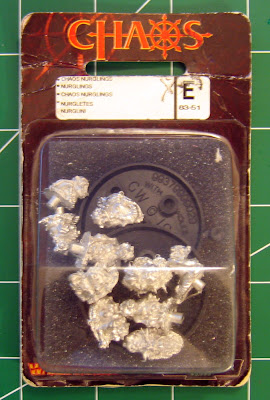 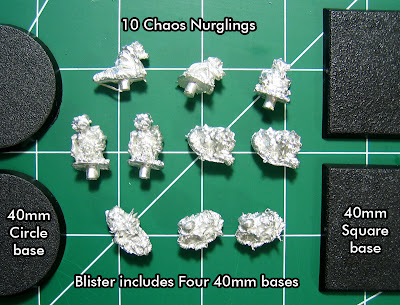 Another Plague Bearer that I will be customizing some. I will replace the sword with a set of claws. 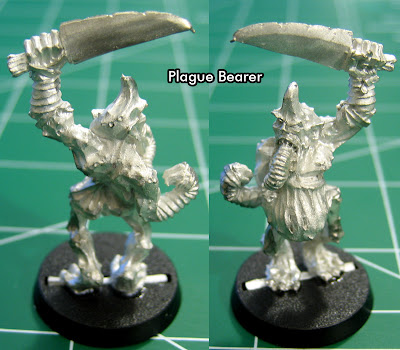 For the second Tainted One that will have the Nurgle Blessing of Bloated Foulness, here I found a Sorcerer model that I will be converting a bit. 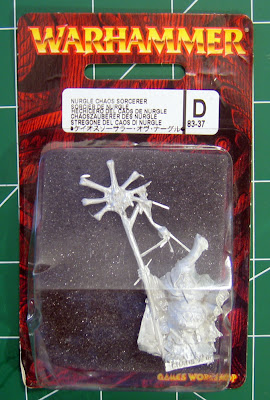 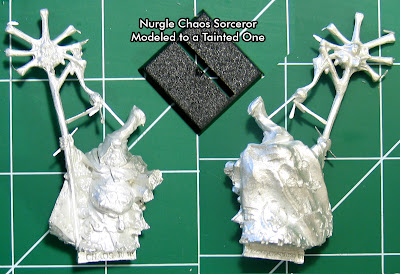 The warband is allowed two Brutes, notably the most fearsome melee fighter. GW does make a second Brute sculpt, but good luck finding it. I did see one on eBay, but it went for a high price. So I decided to make one using other parts. Here are some Chaos Marauder bodies that I plan on using. 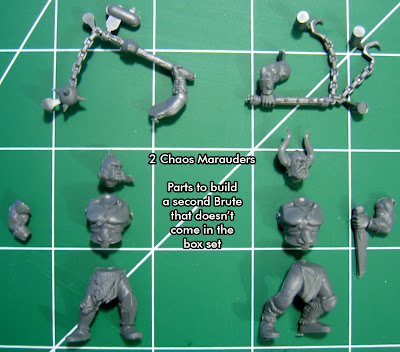 Misc claws and bits to use. 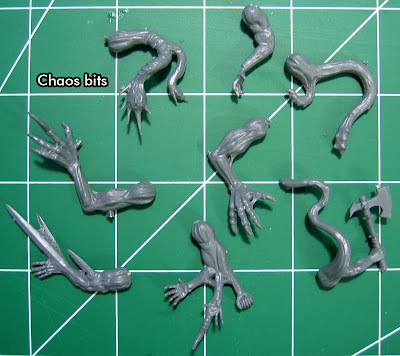 Models enjoying a soaking in some Purple Power industrial strength degreaser. I've found it works well to remove paint/primer. Take care when using it though, I doubt it's very good for the skin. 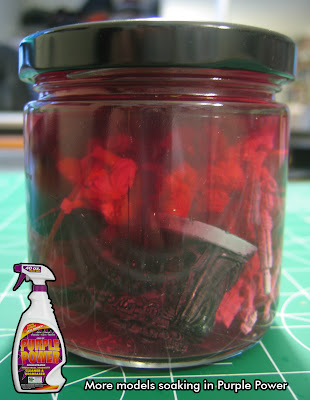 Up next should be some assembled minis.

Posted by skywatcher at 4:07 PM