For The Glory Of The Emperor

This week I watched Ultramarines: The Movie. The low down is that it is a 70 min animated movie set in the Warhammer 40k universe, and more specifically, tailored for existing 40k fans. While my knowledge of the 40k universe/history is very limited it did feel that it was well adapted from the IP. And having an understanding of the universe will help alot since there is virtually no explanation on who or what these guys are doing, besides "For the glory of the Emperor". I'm sure hardcore fans will be able to find flaws and inconsistencies and will ruthlessly point them out. Animation quality is on par with video game cut scenes, don't expect an Avatar level here. Sound and music help set the atmosphere nicely. I read some comments others thought the animation didn't portray the weight and size of the marines armor well. I noticed that in a few scenes when jumping or running was involved. I'm sure if budget's increase or more films are made that will be addressed. 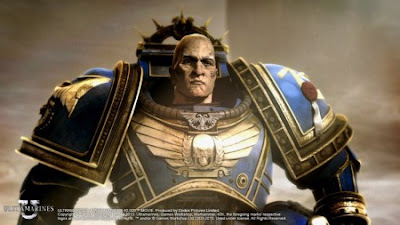 The story line covers a mission taken on by a small 10 man squad of Ultramarines investigating a distress signal they receive from a distant Imperial Fist outpost guarding an important Imperial shrine. The squad is comprised of novice marines led by their veteran counterparts. As the squad shuttles planet side, you get a glimpse as the enormous scale of their ship. I don't want to leak the plot, but needless to say, they run into some resistance once they get exploring. Plenty of bolt guns fired, gory chainsword action and even the powerful Thunder Hammer. 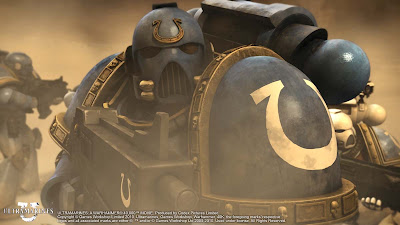 Story arch is fairly simple and straight forward, no real surprises. Overall, I enjoyed the movie and would recommend it to sci-fi fans and of course 40k players. I look forward to future features by GW. 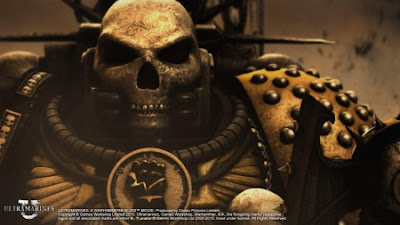