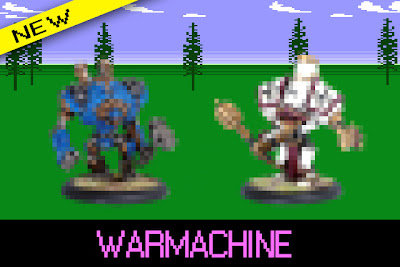 The Privateer forums were maxed out, twitter feeds checked every 15 seconds. The wait was over. As they let batchs of people into the presentation at GenCon, news slowly spread out. It's Official. The new big thing for Warmachine is a Video Game for XBox, PS3 and PC. Or is maybe someday...

Here are some pictures that were taken at the presentation... 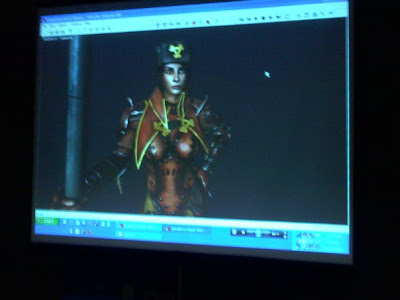 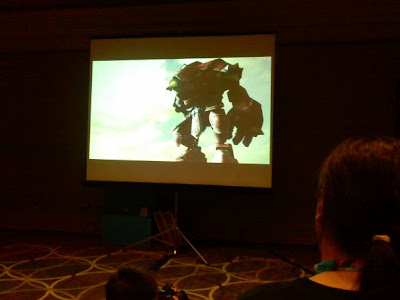 A better view of the rendering. 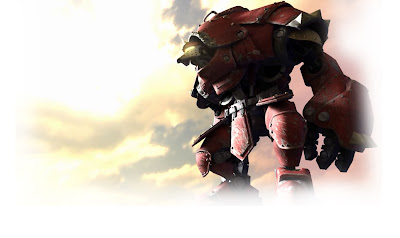 Here are some insites gathered from the Privateer Press forums of the "Next Big Thing for Warmachine".

- Player will take command of a Warcaster, with Warjacks, units, solos

- Each faction is playable. Mercs faction will be available later as downloadable content

- Possibility to customize your own warcaster

- Hordes may be a sequel

- Developer is a new company called WhiteMoon Dreams. Looks like they opened shop in May 2009. Former developers at EA that worked on Medal of Honor and Fallout. They have 11 employees and one game already called Aftermath.

Actual presentation has 2 rendered images and a short looping animation. Goal of meeting was to generate interest and support in the community to hopefully lead to a game development. There is no actual game available at this time. The PP forums are not excited.

Here is the link White Moon Dreams (the developer) has put up
Posted by skywatcher at 1:42 PM

With this an blood bowl out there, I'm going to have to break down and start saving up for an xbox 360.

Customizable warcasters, hmmm I hate to say it, but... FINALLY!!!
Sounds cool though. I would have prefered a 'Jack fighting game, something like Street Fighter or Soulcalibur but with 'jacks.

lol its to bad that even with its short tenure Dreamwolf already has a bad rep for the crappy art design in Afermath. Here's hoping they don't rain on my parade and butcher the hell out of this game.