Op-For's annual all-day Necromunda event was a great success! Aug 2 2009, 8 players brought more than 10 gangs and there was non-stop mayhem in the underhive until early in the next morning. Thanks everyone who came and made it happen! 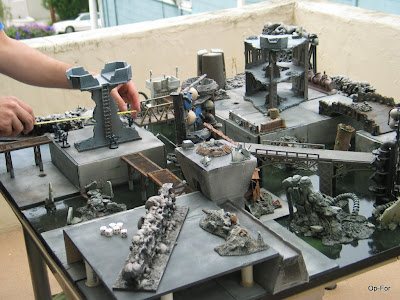 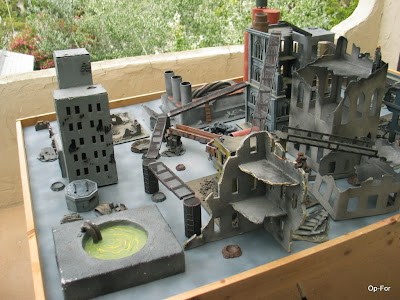 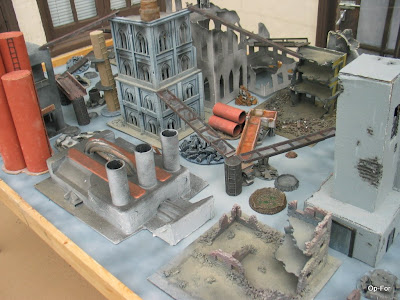 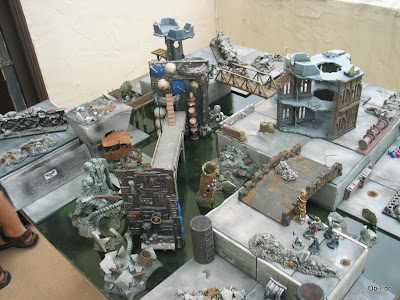 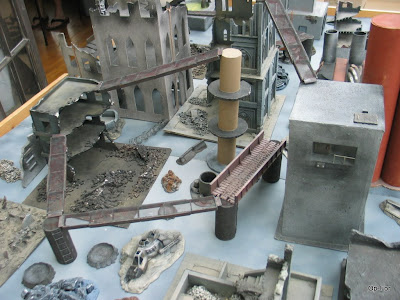 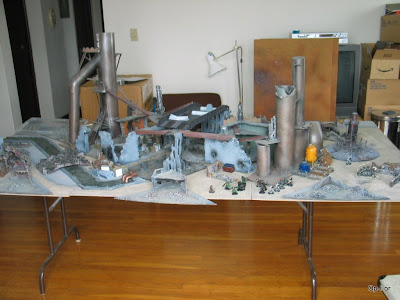 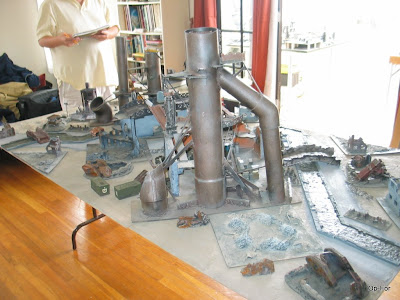 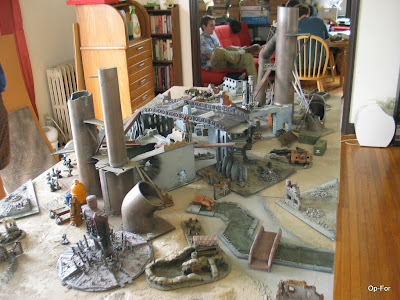 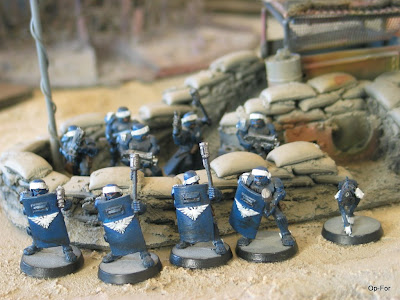 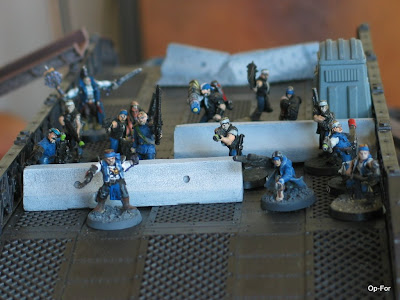 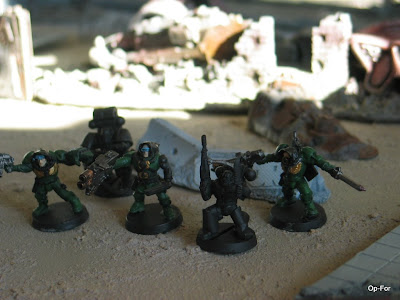 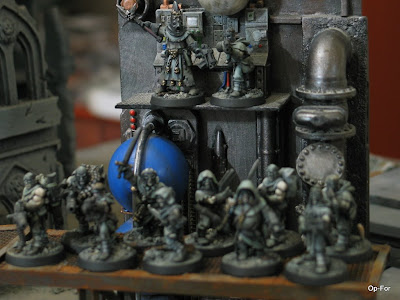 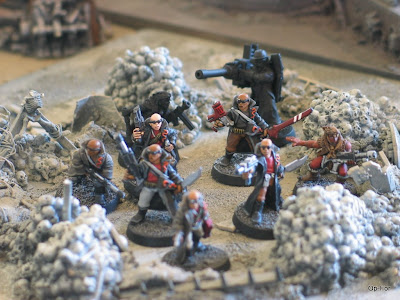 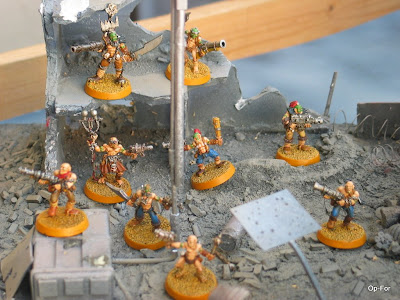 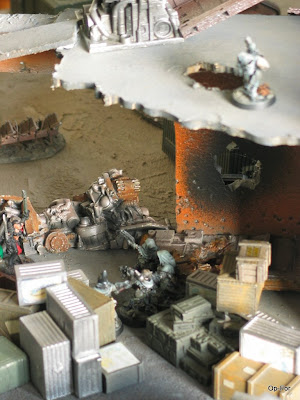 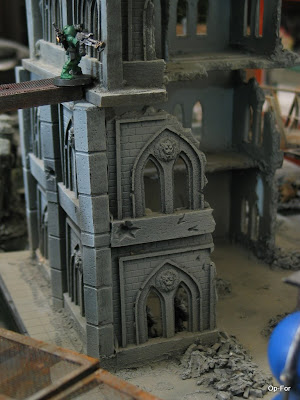 Here is my personal report--others, please add your report in a comment!

I played four games. First up, my Redemptionists, the Red Dragons, were massively outgunned by the Machine Cult. Despite loosing a heavy, the Cult had little trouble rescuing their comrade and dispatching the sentries. The redemption had a mediocre post game but no tragedies, and are slowly building their ranks, biding their time, and forming a plan. The underdog bonus didn't hurt in the post-game.

No surprise (to me anyway) that the Dust Brothers performed much better in their games. They took on the underhive fuzz (Princint 414) in classic shootout. The Brothers took up cover in a warehouse and the enforcers took several fortified surrounding positions. Trouble started when a small contingent of enforcers charged over a sump bridge toward the warehouse. They encountered heavy fire, retreated back on the bridge, and were torn apart from both sides, as friendly fire from the heavy stubber did as much damage as the Brothers themselves. The enforcers effectively defied targets to the Brother's usual MVP Hellhammer, but the bridge incident was enough to route the enforcers in the end.

In the next game the Brothers raided a secret stash of the Bodysnatchers, and came out victorious again. With surgical precision an elite band of Brothers snuck up to the loan sentry as Brother Malka brought the plasma cannon to bear on the stash gateway. In a turn the sentry was silences, the stash blown and the alarm sounded. What remained was for the brothers to fight their way back to their own turf.

In the final game the Dust Brothers faced up against the reigning tyrants of the underhive, the Machine Cult. The brothers were unperturbed by a massive deficit in gang ratings (nearly a 1000 points difference) and fought cautiously but effectively despite unfamiliarity being the underdog. A low-bloodshed game ended with an untimely bottling of some of the less stalwart of Hellmammer's men. I'll leave it to my opponent to mention the incident with the hallucinogen grenade--let's just say a daring maneuver on his part won him the game and resulted in a tragic mishap for at least one brother. Despite the loss, post battle yielded skills in spades for the brothers, and a few of these will even be helpful. The brothers swear revenge on the Van Saar infidels!
Posted by Spooktalker at 6:44 PM