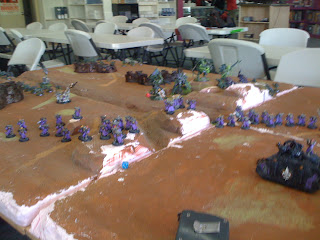 A strong contingent of Adepta Sororitas was sent off to an outer ring planet to take and hold 3 strategic points of importance to learning about the Tyranid threat. Having arrived at the planet in question and deployed it's assets in a spearhead formation they were confronted by a large army of Godzilla type Tyranids marking towards them. (some of this pics are crap). After taking no really casualties from the first few volleys, the Adepta Sororitas started making the Tyranids pay dearly for each step they made closer to the firing line. 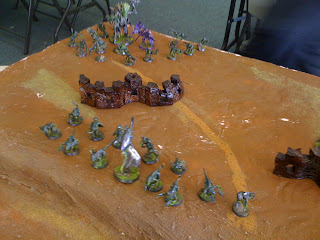 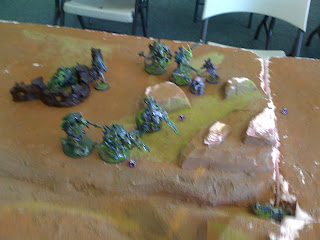 Soon, after the smoke had settled the Sisters were still standing and the Tyranids weren't.

Those Outer Planes tables would be cool for Planetstrike games, especially the stratagem where the planet cracks apart exposing the boiling hot pink foam at its core.